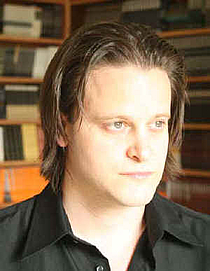 Sobre mimNoah Lukeman is President of Lukeman Literary Management Ltd, which he founded in 1996. His clients include winners of the Pulitzer Prize, American Book Award, Pushcart Prize and O. Henry Award, finalists for the National Book Award, Edgar Award, and Pacific Rim prize, multiple New York Times bestsellers, national journalists, major celebrities, and faculty of universities ranging from Harvard to Stanford. He has also worked in the New York office of a multi-talent management company, where he represented many New York Times Bestsellers, and, prior to founding his agency, he also worked for another New York literary agency. Prior to becoming an agent he worked in the editorial departments of several publishers, including William Morrow, Delphinium Books and Farrar, Straus, Giroux, and as editor of a literary magazine. He was creator of PrePub.com, one of the first publishing rights websites, which eventually became the "Booktracker" division of Inside.com. As a literary agent, he has been written up in media ranging from The New York Times to Variety (Page 1).

Noah has also worked as a collaborator, and is co-author, with Lieutenant General Michael “Rifle” Delong, USMC, Ret., of Inside Centcom (Regnery, 2005), a selection of the Military Book Club. His Op-Eds co-authored with General Delong appeared in the Sunday New York Times, The Wall Street Journal and The Dallas Morning News. He has contributed articles about the publishing industry and the craft of writing to several magazines, including Poets & Writers, Writers Digest, The Writer, the AWP Chronicle and the Writers Market, and has been anthologized in The Practical Writer (Viking, 2004).

Creatively, Noah is author of The Tragedy of Macbeth, Part II, (Pegasus Books, 2008) an original play written in blank verse, which aspires to pick up where Shakespeare’s Macbeth left off. Macbeth II was critically-acclaimed, and featured as recommended reading in New York Magazine’s 2008 “Fall Preview.” He has also written several screenplays, one of which, Brothers in Arms, was chosen as one of Hollywood’s 100 Best Scripts of the Year on the 2007 Black List and is currently in development at a major studio.