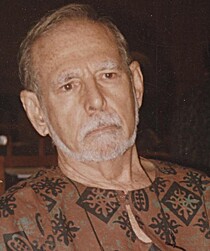 Sobre mimAma: A Story of the Atlantic Slave Trade by Manu Herbstein

"I am a human being; I am a woman; I am a black woman; I am an African. Once I was free; then I was captured and became a slave; but inside me, I have never been a slave, inside me here and here, I am still a free woman." In the course of three hundred years some twelve million Africans were forcibly transported across the Atlantic to serve European settlers and their descendants. Only the barest fragments of their stories have survived. Manu Herbstein's ambitious, meticulously researched and moving novel sets out to recreate one of these lives, following Ama, its eponymous heroine, from her home in the Sahel, through Kumase at the height of Asante power, and Elmina, centre of the Dutch slave trade, to a sugar plantation in Brazil. "This is story telling on a grand scale," writes Tony Simões da Silva. "In Ama, Herbstein creates a work of literature that celebrates the resilience of human beings while denouncing the inscrutable nature of their cruelty. By focusing on the brutalisation of Ama's body, and on the psychological scars of her experiences, Herbstein dramatises the collective trauma of slavery through the story of a single African woman. Ama echoes the views of writers, historians and philosophers of the African diaspora who have argued that the phenomenon of slavery is inextricable from the deepest foundations of contemporary western civilisation."
The novel's companion website, www.ama.africatoday.com
won the SABC's Award for Innovative Use of New Media at the 2003 Highway Africa conference.

The edition of Ama published by e-reads (ISBN: 1585869325) will remain available from on-line vendors outside South Africa for a limited period.
At www.ama.africatoday.com/reviews.htm you will find reviews of Ama by Christopher Decorse of Syracuse University (published in the International Journal of African Historical Studies ); Kenneth Wilburn, East Carolina University (published in the African Studies Review); Rayda Jacobs (published in Rapport ); Shereen Essof, African Gender Institute, University of Cape Town (published at The Voice of the Turtle website); Tony Simoes da Silva, Exeter University (published at the African Review of Books website); and India Edghill (published in the Historical Novels Review) as well as a transcript of a two-hour discussion of the novel on the University of Ghana's Radio Univers by Ghanaian academics Kwadzo Senanu, Akosua Perbi, Abubakr Siddique Ahmed and Helen Yitah.
At http://www.ama.africatoday.com/reactions.htm you will find links showing the use of the novel in an academic environment by Prof. Martin Klein, University of Toronto; Prof. Emmanuel Akyeampong, Harvard University; Prof. Kenneth Wilburn, University of East Carolina; and Prof. Heidi Gengenbach, Boston University.

This year, I have been teaching a course on African slavery at Wellesley. At Emmanuel Akyeampong’s suggestion, I asked my students to read the book and was quite happy with it. The novel is a vivid read and well written. There is much food for discussion classes and short papers. It recreates for students the different worlds of the African slave in ways that no academic treatise can do, and in fact, better than any film I know. The only comparable novel is Barry Unsworth’s Sacred Hunger, but that is valuable only for the trade on the coast and life on board the boat. With the exception of a few brutes, none of the people Ama interacts with are cardboard characters. It is because of their complexity that the novel is effective in depicting the impact of the trade on different worlds.
(Anonymous report to an American academic press. Internal evidence suggests that the reviewer is the distinguished historian of the slave trade, Prof. Martin Klein.)

While reading this book and long afterwards, the wonderful description, definition and characteristic of a special person predominates, anchoring this poignant narration of people’s inhumanity to their fellows. She is a slave. Her bittersweet life story – that ends in a triumph – is a stark depiction of the inhumanity of the Atlantic slave trade. Ama has the potential to be a highly educational bestseller for its honesty, overwhelming boldness and understanding of how memory can be an unceasing weapon.
Victor Mecoamere, The Sowetan, Johannesburg

By casting a female protagonist, Herbstein invites the reader to 'see' the particular nature of women's oppression. Ama's experience shows that gender, race and class are not distinct realms of experience, existing in isolation from each other. Rather they come into existence in and through relation to each other as overlapping discourses and interlocking systems that determine the degree to which male domination and privilege can be asserted. Ama's journey allows us to read the complexities and contradictions of the time, where all classes, free and slave, women and men, black, white and mulatto are in some way interrelated in a dynamic that results from relations of power.
Shereen Essof, African Gender Institute, University of Cape Town.

in Ama Herbstein creates a work of literature that celebrates the resilience of human beings while denouncing the inscrutable nature of their cruelty. . . This is story telling on a grand scale, literally and metaphorically. The novel spans a geographical frame that reaches from Africa to America, depicting in closely observed detail also the horrors of the Middle Passage. An epic of the slave trade, Ama offers a carefully imagined examination of the failings of humanity when possessed by greed and a desire for power and influence. Herbstein is especially good at evoking the mood of the time, the mind frame of slaves and slavers, and the political and economic conditions that made slavery possible.
Tony Simoes da Silva, James Cook University, Australia in the African Review of Books.

Ama: A Story of the Atlantic Slave Trade, is a meticulously researched historical novel that offers a vividly rendered picture of the atrocities of the slave trade. Its ethnographic realism with its emphasis on historical detail and ethnic mapping of alterity links it more to the early postcolonial fiction of the mid-twentieth century than to the postmodern experiments that have been widely used in the new historical novel of the last two decades. While throwing the development of the genre of the postmodern historical novel back twenty years, it also constitutes a reminder of what postcolonial literature was originally about. While there is no lack of atrocious villains and personal hostilities in the novel, it repeatedly hints at a less tangible cause of human suffering. It is the economic order of capitalist free trade and the political as well as financial decisions underlying slavery and the slave trade with their securely remote beneficiaries that directly and indirectly inflict the injustices suffered by their victims. The wide range of non-African characters in the novel emphasises the complexities and international involvement of the transatlantic slave trade. The novel offers insight into the possible motivations of those who buy or sell slaves as well as into the minds of their victims.
Tamara S. Wagner, National University of Singapore in The Post-Colonial Web

An engrossing and powerful story of a woman of courage, intelligence, and strength, AMA is not for children, for the squeamish, or for those who demand political correctness in their history. AMA's author tries to depict the Atlantic slave trade as it was, making no concession to modern revisionism; readers will look in vain for stereotypes in AMA's pages. Herbstein does an admirable job of bringing a strange, harsh world to life.
India Edghill, The Historical Novels Review

(Ama’s) body, her experiences, are a metaphor for the plight of Africa – explored, exploited, lied to and abandoned, by Africans and Europeans alike. For the most part, these comparisons are ones which the reader can draw for him or herself: the concept of colonial exploitation has often been engendered, but the historical lessons and theorising are rarely made explicit in what is a very readable book, as a novel as well as an analogy.
Mary Morgan, The Statesman, Accra, Ghana 27.01.07 http://www.thestatesmanonline.com/pages/news_detail.php?newsid=2376&section=...

Sobre a minha bibliotecaMore coming, when I have the time.