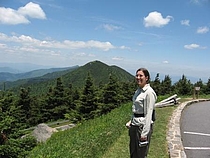 Sobre mimI'm interested in a little of everything. For a while I was quite active here on LT. I earned my Master of Science in Library Science in Spring 2010.

My undergraduate degree was in chemistry, and most of my employment has been science-related, but most of my reading for pleasure has been in psychology and philosophy. Currently I'm working in Quality for a pharmaceutical company. I'm also seeking another bachelor's in informatics, which has prompted new additions to my collection but limited my leisurely reading time.

In 2008 I had surgery for alternating strabismus; nothing will underscore the importance of perspective/point of view like eye surgery...let me tell you! I value both science and art, thinking and feeling, and my library reflects that. I believe in the maxim that one should become what one is, and that books are just one way to nourish that growth of self-potential.

Sobre a minha bibliotecaThe books are mostly nonfiction, with significant collections in philosophy and psychology. You'll find tidbits of everything from African literature to Instrumental Analysis represented here, however. Books in my possession are listed, not books read or books wanted, with the very few exceptions in the read but not owned collection. I am slowly adding reviews, although for a lot of books it's been so long since they were read that I don't feel it fair to write one. I've got some updating to make my library more current, but I've been able to read much less in recent years.

Though it may be controversial, I am also adding music and videos to my collection, where previously I had entered only a few educational videos. All forms of the media contribute to my library, that external collection of works that expand my mind, trigger reflection and understanding, transport me to new ways of thinking and feeling, make even the practical more rewarding, and yes, sometimes simply entertain. As I'm adding the music and videos, I'm adding the merged libraries from myself and my husband. Eventually his books will merge, but that is a large collection, *mostly* separate versus commonly used, and I'm awaiting the feature to transfer books between libraries without losing data.