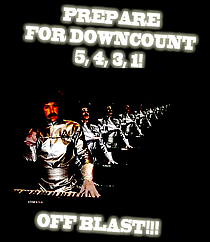 Hello and welcome to my profile and library!
Have a good time sniffing around and let me know if there's any mutual interests (Especially obsure ones and -especially- if you are Dutch.)

Some of the things I like are:
-Anime / Manga
1. Neon Genesis Evangelion
My favourite TV Show of all time, anime or other mediums. It's a very special show to me and I like Hideaki Anno and the old Studio GAINAX tons 'n' tons.
other works I dig include:
Anything by Satoshi Kon, Miyazaki's Ghibli works, anything GAINAX did up to FLCL, Death Note (manga), Haibane Renmei, Cowboy Bebop, Gravitation and Hikaru no Go (Obviously.)

Music
I've been listening to music since forever and have a very open minded approach towards it; genre of music is of no concern as long as it has something in it I can appreciate.

Started off listening to 90s rock and metal bands such as Bon Jovi; Metallica, Iron Maiden, Machine Head, Smashing Pumpkins, Nirvana to name the more obvious ones. It got more extreme by time; even touching the Noise genre before getting crushed by japanese pop idols.
I can call myself a fan of Shiina Ringo and Togawa Jun.
The Pixies are also very special to me.

I don't watch many TV series for some unfortunate reason. My favourite TV Show as mentioned before is Neon Genesis Evangelion (which is old and short)
Some other stuff I like are art in the vast general sense of the word, design, books, watching (well... mostly - I do try to move my butt occasionally) sports, gaming, animals and cute things.

If you're into gaming I would happily be your friend on Steam! My account name is: Pikadourei
A name I got off of a grindcore band. The name translates into "Slave of sparkling light/love" which is awesome - besides having both 'pika' and 'rei' in it as well. It has fit me well.

Sobre a minha bibliotecaI was late to find the wonders of reading. Having read only a handful of books as a child my first 'real' readings were the Hitchhikers Guide of the Galaxy's first 2 books. I was hooked line and sinker. Jasper Fforde was discovered later on and his bookworld pulled me in even further.

My library consists mostly of fictious works; mostly humorous and fun ones but you can also find books on the ancient board game called Go (Japanese and western name for the game) aka Baduk (Korean), Weiqi (Chinese).
It's in essence one of the simplest games ever created but a ton of fun to play with infinite complex variations and techniques. A deep boardgame easily learned but never mastered. Where your strength is flexible and ever changing, growing either stronger or getting weaker. A game that teaches you about yourself and life. Attending and teaching you of your weaknesses and strategical aspects that you take into other games and general life. A gem of a game.