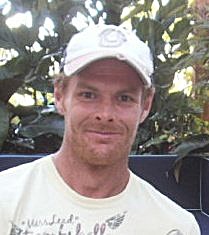 My book CATCH is out. I hope you'll check it out. It was editied by Pat LoBrutto who has won the World Fantasy Award for editing, and has worked with the likes of Stephen King, Walter Tevis and Eric van Lustbader.
In the works,I have 2 more books coming up soon.

Remedy is the first. It is not a sequel to Catch, but actually happenes at the same time - but following a 'mostly' different group of characters.

"Templeton Randolph Gates is a man with a past. He shows up for work at the Ross Lake Dude Ranch in northern Washington State with no idea that this is the day that will forever change his life.
Somewhere out in the wilds of the Cascades is an extraordinary little girl. She is being hunted, and the shady organization in pursuit will stop at nothing to get her back. They have big plans for her."

And then, going in another direction is a Young Adult Crossover book called The Betrayals of Grim's Peak.

"Augie Tomlin is fourteen years old and adopted due to the fact that he was found floating in the water just off the coast of the Florida Keys when he was an infant. We meet him for the first time after his adoptive parents bring him back to their cabin in the Keys, hoping that the trip will help him overcome his paralyzing fear of water. However, things take an interesting turn after an attack by several nightmarish creatures waiting for him in a cove, and his subsequent rescue by a pretty blond girl riding a massive sea creature called a drac.
Not long after that he is introduced to the world of Grim's Peak where underwater lakes, trimsticks and wimballs, cryptoquariums, and water arches are the order of the day.
Augie is immersed in this new world and must make new friends, learn how to co-exist with the sometimes unfriendly plants, adverse underwater weather conditions, and amazing creatures like the hippocamp, which is a creature of legend said to be half-horse half-fish; all the while trying to figure out who his parents were; who is trying to kill him; and what his connection is to the town's founding fathers whose centuries old secrets threaten to throw the residents of this amazing world into complete chaos."

GruposRead YA Lit, The Green Dragon