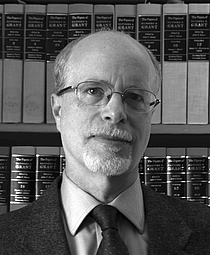 Sobre mimJoseph A. Rose grew up reading the West Point Atlas of American Wars, Janes Fighting Ships 1938, and other works in his father's collection of military history. During a career in healthcare management, he took a cross-country trip and visited battlefields of the Revolutionary and Civil Wars. Nothing was out of the ordinary, until discussions and debates starting on a Yahoo Group, the Civil War Western Theater Discussion Board (CWWT), demonstrated how history, especially in Ulysses S. Grant's case, can be terribly miswritten.

Declarations that Grant was not tactically surprised at Shiloh or that he ordered the Army of the Cumberland to ascend Missionary Ridge at Chattanooga sent the author scrambling to the New York Public Library in search of information on these battles. Painstaking research, using everything from manuscripts in repositories across the country to the internet, confirmed that Grant, particularly in his Personal Memoirs, and the numerous defenders of his generalship and character have distorted the historical record. And there is an immense institutional resistance from their side, which quashes dissent and ignores--if it can't crush--revisionism unfavorable to Grant and such allies as William T. Sherman and Phil Sheridan.

Despite this opposition, twelve years of research and writing have culminated in a groundbreaking book, Grant Under Fire, that comprehensively analyzes the controversies of the General's military career and after. Rigorously based on primary sources (and letting Grant convict himself by his own writing), the book is a necessary antidote to the ahistorical perspectives assumed by many past and current historians, both popular and academic.

Sobre a minha bibliotecaOver the past fifteen years, my bookcases have gone from a nice, eclectic collection of fiction and non-fiction to a stultifyingly single-faceted slew of Civil War volumes. And my laptop has over three thousand more digital editions in the public domain.

GruposAmerican Civil War, History: On learning from and writing history