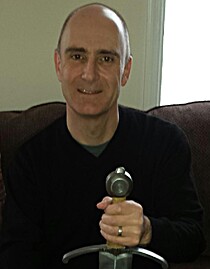 Sobre mimGraeme Davis was born at an early age and has lived ever since.

His enduring fascination with creatures from myth and folklore can probably be blamed equally on Ray Harryhausen and Christopher Lee. He studied archaeology at the University of Durham before joining Games Workshop in 1986, where he co-wrote the acclaimed Warhammer Fantasy Role Play game among others.

Freelance since 2008, he has worked on over 40 video games, countless tabletop roleplaying game products, and a few more sensible books in the realms of history, mythology, and folklore. Most recently, he has written multiple titles for Osprey Publishing's Dark Osprey and Myths and Legends lines.